The practice of law is often associated with litigation. However, two parties who disagree don’t necessarily have to end up in a courtroom. There are proven ways to avoid a drawn-out legal battle. These alternatives reduce costs for the parties, take pressure off the court system and, above all, save time.

Among the best-known alternative dispute resolution methods are negotiation, conciliation, mediation and arbitration. In this article, you’ll discover the advantages of each of these alternative methods and learn about the most appropriate situations to use them.

What is an alternative dispute resolution method?

Private dispute prevention and resolution (“DPR”) processes are out-of-court practices used to prevent disputes from arising or to resolve disputes without litigation. They include negotiation, conciliation, mediation and arbitration.

With the new Code of Civil Procedure of Quebec, the legislator has sought to make justice more accessible by promoting these alternatives. The Code therefore provides that parties involved in a dispute must consider private dispute prevention and resolution before going to court.

It should be noted that alternative dispute resolution methods can be used at any time. An intention to take the matter to court is not necessary. They can even be used when legal proceedings have already been initiated.

What are the benefits of resolving a dispute out of court?

DPR makes justice more accessible by reducing the costs of dispute judicialization, promoting confidentiality in the dispute resolution process, and maintaining a positive relationship between the parties.

(i) Saving time and money

Legal proceedings are usually very costly. Alternative dispute resolution methods are much less expensive than going to court. In addition, since the use of DPR is voluntary, the costs of using certain DPR processes must be shared between the parties.

Unlike court proceedings, which can take several months, a DPR process can lead to an agreement in just hours or days.

The private dispute prevention and resolution process is strictly confidential. The parties who choose to use DPR and any third party who assists them in the process must agree to keep everything that is said—written or done in the course of the process—confidential; unless they agree otherwise or are required by law to disclose certain information.

(iii) Maintaining a positive relationship between the parties

DPR processes are therefore a set of voluntary solutions that may be more satisfactory to the parties as it enables them to resolve their problem in the way that best suits them, all of which helps to maintain respectful relationships between the parties.

Mediation is an alternative dispute resolution method in which the parties work together to find a solution to their dispute in the presence of a neutral person called a mediator. The mediator will attempt to help the parties better communicate their needs so they can reach a satisfactory agreement. The mediator is impartial and does not favour one party over the other.

When to choose mediation?

Mediation can work well when the dispute is between parties who are willing to engage in a dialogue in order to reach a mutual agreement of their own free will.

The advantages of mediation

Mediation has the advantage of being flexible. It can take place in one or more sessions of a few hours. It can also take place in a variety of locations: in a private law office, at the workplace, or even in a courthouse.

Mediation is also advantageous in that its costs are generally low and an outcome can be achieved within days or even hours.

The mediation process is tailored to the parties: the possible solutions are not limited to what the law provides, unlike a court judgment. For this reason, it promotes more creative solutions adapted to the needs of the parties.

Role of a lawyer in the mediation process

The lawyer plays a key role in mediation, assisting the client and explaining how the process works. Above all, the lawyer is available to ensure that the client fully understands the issues at hand, as well as the consequences of the possible agreement.

Where mediation can apply

Mediation can be used to resolve all kinds of disputes. It’s frequently used in matters of separation and divorce, neighbourhood relations, wills and estates, or relations between partners, shareholders or co-workers.

Negotiation consists of discussions between the parties in an attempt to reach an agreement. The negotiation process is very free and is not regulated by law. It can be initiated at any time before or during a dispute.

When to choose negotiation?

Negotiation is a private means of dispute resolution that should be used freely by the parties in the dispute. It should be prioritized when one party wishes to avoid litigation or when a quick solution is preferred. Negotiation should also be chosen when the parties want to find a creative and flexible solution.

The advantages of negotiation

Negotiation can take place at any time, even when the dispute is already in court. Parties who engage in negotiation can avoid the significant costs of litigation and settle disputes amicably before they escalate. Negotiation also helps to maintain healthy relationships between the parties.

If the negotiation fails to result in an agreement, that does not mean it was all in vain. The process can be resumed at another time, even if the dispute is already before the courts.  What’s more, another process such as mediation or arbitration may also be chosen, even if negotiation has already been initiated.

Role of a lawyer in the negotiation process

A lawyer may be retained to represent the client in the process of negotiating and exchanging settlement offers with the other parties.  The lawyer, knowing the law thoroughly, can be very useful in making sure that the client’s rights are not violated. By using a lawyer, the client has a better chance of obtaining an advantageous settlement that suits their needs.

The lawyer plays another essential role: drafting the agreement between the parties and ensuring that it truly reflects the settlement discussions. This step is critical in protecting the client’s rights.

Where negotiation can apply

Negotiation can be used in all areas of law.

Arbitration is a private method of dispute resolution in which the parties jointly agree to submit their dispute to the decision of one or more arbitrators instead of to a court of law. Of all the forms of DPR, this one is the most similar to a court trial. The arbitrator rules on the dispute and determines the outcome for each party. The decision is usually final.

When to choose arbitration?

Many contracts and agreements contain a clause providing for mandatory arbitration and precluding any legal action. Such clauses set out the rules applicable to the arbitration, as well as identifying the arbitrator(s) who will hear the case. In cases where the dispute falls within one of the situations covered by the clause, it will necessarily be subject to arbitration.

Even in the absence of such a clause, the parties may decide to go to arbitration. This is a voluntary process: the agreement of all parties is required.

The advantages of arbitration

Unlike trials, which are public, arbitrations are private and confidential. They have the advantage of being economical and quick, in that arbitration generally proceeds much more rapidly than a civil trial.

One of the main attractions of arbitration is the expertise of the arbitrator: the parties can choose, by mutual agreement, someone who has excellent knowledge of the field. For example, in a construction dispute, the parties may select an engineer who has the experience and reputation required to be credible to both parties.

The parties generally have a choice of arbitrator and share the costs.

Role of a lawyer in the arbitration process

The lawyer may represent the client in the arbitration process, if so instructed by the client. The lawyer then plays an essential role, having experience in the field and knowing the rules governing arbitration.

Even if a party is representing itself, the lawyer can still provide legal advice on questions that arise before or after the arbitration. The lawyer can also draft or review settlement agreements.

Where arbitration can apply

Arbitration is used in contract disputes in the areas of commerce, construction, intellectual property and labour relations.

Conciliation is similar to mediation, but the role of the conciliator is more passive. Unlike a mediator, the conciliator generally does not propose solutions but facilitates communication and negotiation between the parties.

The conciliator’s mandate is to act in a neutral and impartial manner; not to represent any party, but to ensure fairness and balance in exchanges between the parties. The conciliator also ensures that the law is adhered to and that no rights are violated.

When to choose conciliation?

The advantages of conciliation

The advantage of conciliation is that it gives the parties a chance to play a proactive role in the dispute resolution. The conciliator does not decide on a solution for them, and they have flexibility in the proposed agreement.

In addition, even if conciliation does not result in an agreement, it enables each party to understand the situation better and to have more information about the dispute. Conciliation also provides an opportunity for aggrieved citizens to exchange information, views and feelings with representatives of the departments, agencies or municipalities in question.

Role of a lawyer in the conciliation process

In many cases, a party may be represented by a lawyer in the conciliation process.

Where conciliation can apply

Conciliation is used in many areas, including disputes between landlords and tenants or between employers and workers, in labour relations and occupational injuries, to challenge decisions made by a department, public body or municipality, and in contract negotiations.

How can De Grandpré Chait’s litigation lawyers help and advise you?

To ensure that your interests are well defended, call on our experienced litigation lawyers. Whether representing you before the courts or building consensus through negotiation or mediation, our creativity and mastery of these issues allows for the most advantageous resolution of your disputes. 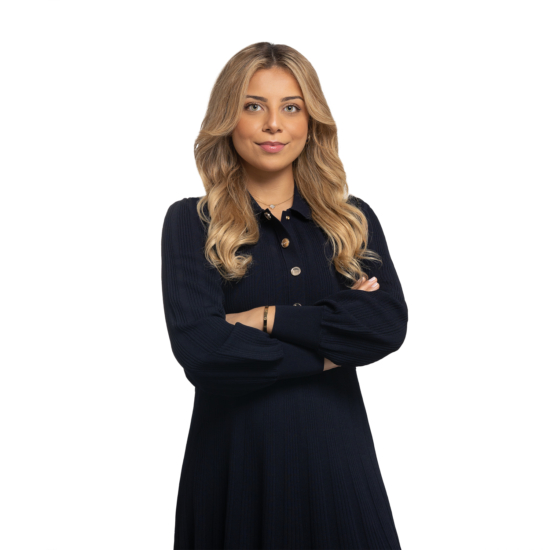 Serving proceedings on a legal person: the Court of Appeal takes a stand!

April 30, 2020 – While some may question the appropriate interpretation to give to article 125 C.C.P., in light of the change in vocabulary made in th...